Rhonwen McCormack is also a practising freelance theatre director, based in Manchester, and was formerly a professional actor in Australia.  Skilled and experienced in a number of theatrical genres, she can be an interpretative director of an established work, or an originating director of a new one.

Rhonwen McCormack trained as a theatre director at the Bristol Old Vic Theatre School, originally trained in professional acting at Charles Sturt University-Riverina in Australia, and she did a directing attachment at English National Opera. 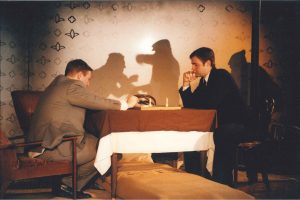 A full director’s C.V. is available on request.